The US-led International Community (IC) played an influential role in the adoption of 2012 democratic Provisional Federal Constitution that established the Federal Republic State of Somalia (FRSS).

The 2012 federal government had the awesome responsibility of establishing State institutions able to administer the rule of law and to provide the public services and goods necessary for peace, freedom, development, and better standard of living for all Somali citizens.

Immediately, the IC and the federal government entered into “new deal” later morphed into “partnership” agreement underpinned by collaborative and accountability principles to accelerate the pace for peace and state building in Somalia. In addition, the UN Security Council issued resolutions that supported the implementation of the partnership agreements in cooperation with the United Nations Assistance Mission for Somalia (UNSOM).

The administration of President Hassan Sheikh bore the heavy burden of building federal member states (FMS) within the constraints of democratic system of governance. It is undeniable fact that the establishment of the federal member states was difficult, acrimonious, and time consuming for many reasons. The 2016/2017 federal parliamentary and presidential elections were also messy and contentious.

Between 2012 and 2016, President Hassan had been under constant pressure by the IC that held a series of international partnership conferences and enforced the establishment of the National Leadership Council. The US, EU, and UN representatives continued to issue joint statements on any issues seen as a threat to democratic norms, political reconciliation, construction of federalism, human rights protection, and FMS.

There were approximately 24 Joint statements only in 2016. Nevertheless, President Hassan maintained a certain level of tolerance and respect in the face of the international pressure and of the relentless criticisms and insults labelled against his government by opposition forces, and local and international media for security and political failures.

The story is different for President Mohamed Abdullahi Farmajo. As soon as he ascended to power, President Farmajo thwarted all efforts critical for the establishment of democratic governance in Somalia like the completion of the federal constitution and judicial independence; he replaced the Federal Republic with political movement ‘Peace and Life’ (Nabad iyo Nolol) ; he practically undercut the separation of powers between the three branches of federal government-legislative, executive, and judiciary – required for accountability and transparency; He curtailed the constitutional oversight responsibilities of both houses of the federal parliament and other federal independent institutions.

He concocted plans to quickly remove all Presidents of the FMS from office by all means necessary for his political advantage; he demobilized and reformed the security forces contrary to 2017 London security agreement and to the National Security Architecture; he failed to act against the worst human rights violations against Somali citizens by security forces with impunity; he resisted an investigation of the bloodbath of civilians committed by security forces in Baidoa for the installation of his ally as Southwest state President; he inspired distrust and conflict among communities; he  marginalized the civil society and business community.

He boldly practices favoritism, patronage, and unfair distribution of public plum jobs. He continues to ignore the public protests against the lockdowns and restriction of free public movement in Mogadishu; he sustains the year-long standoff between the federal government and FMS with no end in sight. He also pays no attention to the pain and suffering of the Somali refugees and Internally displaced people for illegal evictions and other abuses and to the 2 million Somalis facing death and malnutrition by the end of this summer for severe drought.

Farmajo has obstructed political inclusivity and neglected the timely preparation of 2020/2021 election; and finally, he ignored all UNSC resolutions calling for the implementation of high priority political, security, human rights, humanitarian, and national reconciliation tasks.

The Public euphoria and high hope for better governance and respect of the rule of law displayed on president Farmajo’s election evaporated and have been replaced by the preponderant consensus that Somalia is today close to the eruption of political violence unless a miracle prevents such dreadful eventuality. The return to political violence is victory for Al Shabab.

Researcher Brendon J. Cannon carried an analysis on Somalia’s 2017 Presidential Election and Foreign State Influence in which he exposed the foreign influence in Somali election and the lessons for free and fair election in 2020/2021. Brendon identified two factors that helped the election of President of Mohamed Farmajo. First, he noted that President Farmajo’s populist rhetoric (now rejected everywhere), sprinkled with anti-Ethiopian invectives and promises for jobs and peace in Somalia resonated with a number of Somali citizens. Second, he confirmed the infamous factor he described – structural factor less welcomed- which is foreign money that President Farmajo and his allies have been influenced by and were able to exploit.

It is not secret that the Qatar Government provided the funds for political campaign and parliamentary vote buying of President Farmajo through Fahad Yassin. Brendon underscores that the external financial support limits President Farmajo’s ability to chart a truly independent policy agenda for Somalia.

The trimestral reports of the UN Secretary General on Somalia have been continuously updating the members of the UN Security Council about the deteriorating political, security, and humanitarian situation in Somalia as recapped for example in the UNSC Resolutions like S/RES/2431 of July 30, 2018. Nevertheless, for two years, the US, EU, and UN have been witnessing the autocratic and violent actions and failures of President Farmajo listed above and remained aloof, passive about the worsening situation of Somalia, abandoning the usual timely joint support to democratic governance in Somalia. That damaged the credibility of all IC, particularly the US, EU, and UN.

It is also disappointing that IMF and World Bank have become enablers of misleading claims of economic progress, fiscal improvement, and debt relief that are far from the truth. People in Benadir Region are suffering extortion, double taxation, and corruption with lack of accountability and transparency. Every new tax causes more extortion and corruption. The oil and gas banditry is a brewing crisis.

Three explanations were put forward for the silence and indifference of the IC in the face of the relentless attack on the rule of law and democratic governance, and of the human rights violations and widespread corruption under President Farmajo leadership.

First explanation is the political malaise that engulfed the global politics like the political tensions and confusions that undermined the global cooperation and global institutions and the US apathy for global and African democracy. The second explanation is that President Farmajo hired American lobbyists linked to the US Republican Administration of President Donald Trump for unconditional support in exchange for payment and complete loyalty. The third explanation is the substantial financial support of Qatar Government through dark channels that encouraged the disregard of the rule of law and democratic system of governance and use of Al Shabab governance tactics. No explanation justifies the disregard of the Somali constitution that mandates democratic governance in Somalia and the predominance of Somali interest.

The appointment of the Special Representative of the UNSG James Swan and the new UN Security Council Resolution 2472 (2019) of May 31, 2019 restart the relation between the IC and the Federal Government of President Mohamed Farmajo. The UNSC speaks equally to FG, FMS, and International donors, but there are no encouraging signs for change. All indications are that President Farmajo will maintain his intransigent position and modus operandi as said by Brendon J. Cannon.

The Somali political forces face the challenge of choosing between freedom and rule of law on one hand and oppression, corruption, and autocracy on the other. The choice is clear. The US, EU, and UN should ally with the democratic voices against autocracy and corruption in Somalia.

The author can be reached through Mohamuduluso@gmail.com 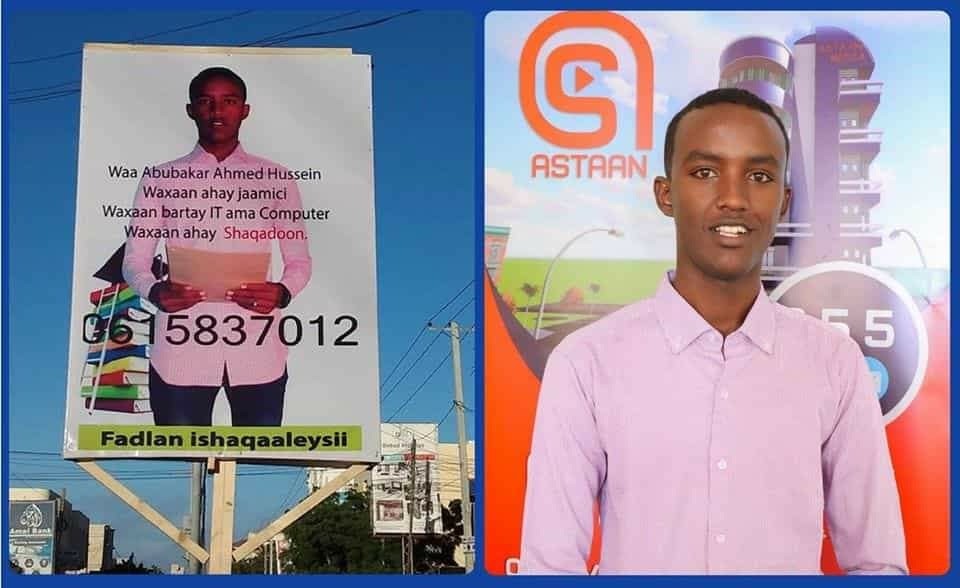 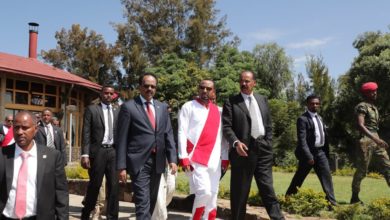 AHMED’S ETHIOPIA: Reorienting the state and risk of disintegration 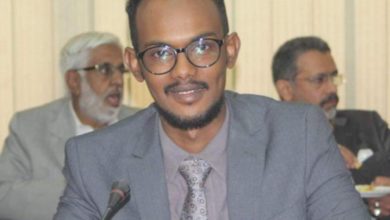 Perceptions do not change overnight