In a response to a tweet from Villa Somalia Communications Director Abdirashid Hashi condemning the arrest, Dawaleh said it was ‘better to find out the reality’ dismissing Hashi’s remarks as baseless and inappropriate.

Villa Somalia confirmed Yasin, a close ally of Farmaajo and a chief architect of the Farmaajo presidency who was recently picked to the National Security docket was arrested in Djibouti Friday. Sources said Yasin was picked by police as the plane he was in from Turkey landed in Djibouti. 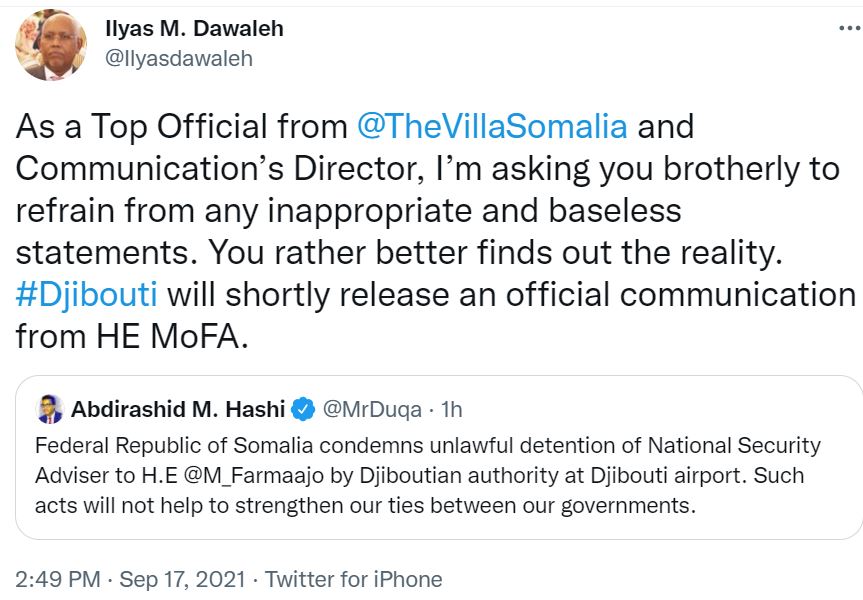 Yasin’s arrest signals a crucial turning point for Farmaajo’s stay in Villa Somalia and will likely spark off another round of tussles with PM Mohamed Roble.

Why the Benadir market fire was ignored

Why the Benadir market fire was ignored

UN Security Council to discuss the situation in Somalia today