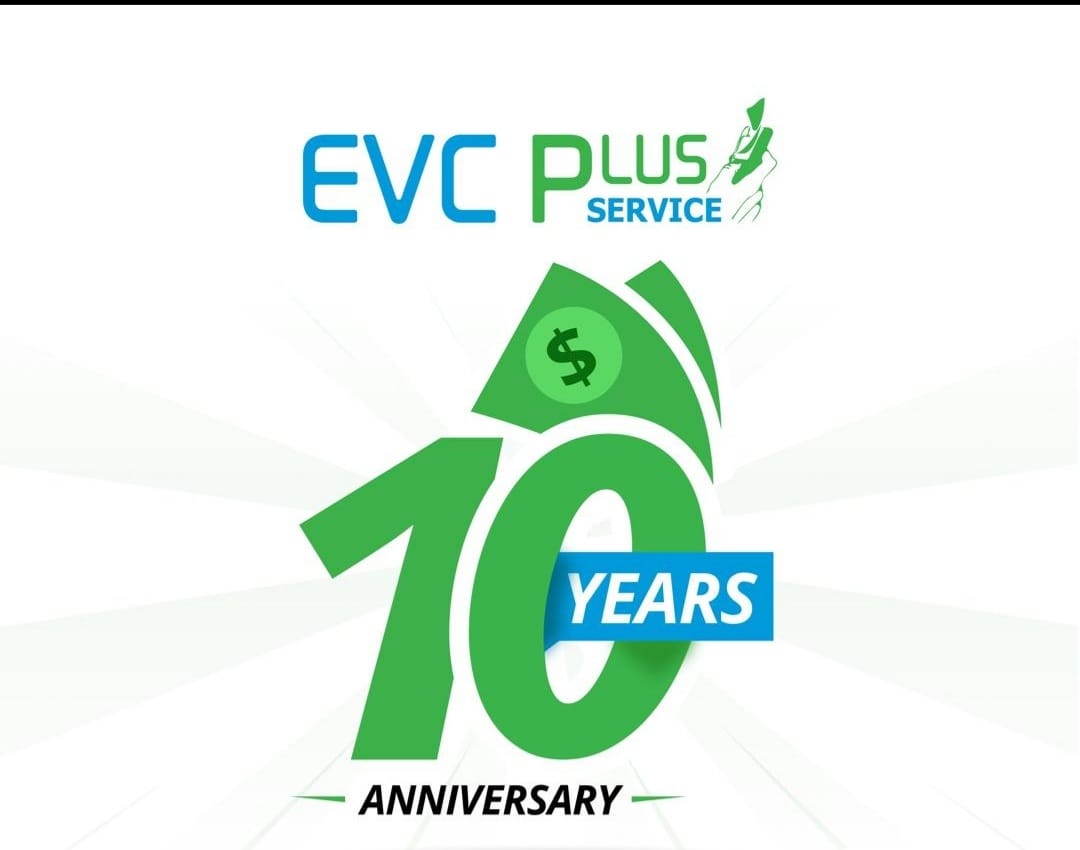 Hormuud Telecom’s EVC Plus service this week celebrated its 10th anniversary since its remarkable inception. Hormuud Telecom launched the service in 2011 to transform the country’s money transaction and increase financial inclusivity in the Horn of African nation.

During its decade of existence, the EVC service has gone through several transformations to refine its user experience and introduce essential modern features to further change individual and business life. Hormuud marked the anniversary this week, calling it “Ten years of Free, Easy use & Reliable Mobile Money Service in Somalia.”

The anniversary comes 10 months after the Somali government officially issued the first-ever mobile money license to the Hormuud service, increasing renewed confidence in the use of the money platform for the local users and businesses, international investors, and NGOs.

As the most popularly used payment method by Somalis, Hormuud’s EVC platform continues to garner more subscribers by the day, now enjoying nearly 3 million subscribers, roughly less than half a million of Hormuud Telecom’s overall subscribers, indicating the significance of the service to the people who use it. According to the World Bank, an estimated 155 million mobile money transactions amounting to about US $2.7 billion a month happen each month in Somalia.

The service garnered plaudits for transforming life in Somalia, easing transactions, and bringing a lot of conveniences. To access the feature, only a mobile phone and a sim card registered with Hormuud are required, with deposits starting from half a dollar enabling users to conduct transactions conveniently.

In a country where the use and circulation of local banknotes have been diminishing due to the absence of strong monetary policies and infiltration of counterfeit banknotes, the EVC service proved to be the most preferred method of conducting transactions in the country. Moreover, as a result of the low value of the Somali banknotes compared to the dollar, transporting cash in sacks is an uphill task.

Abdirashid Nur, a businessman in Galkayo, was full of praises for the EVC service, noting that it had increased the quality of his life by allowing him to buy goods and services at an incredibly faster pace.

“Had it not been the EVC service, our businesses would encounter enormous impediments. Imagine transporting cash on trucks the same way we transport goods at an extra fee and risk?” posed Nur.

Similar sentiments were echoed by Ahmed Hassan Khaire, a bee farmer at Agayare village in the outskirts of Beled Hawo in the Gedo region. He complimented the service for helping transform his life positively.

“I am a bee farmer and I sell my harvest to a honey company based in Mogadishu. Thanks to EVC, I receive my money from the comfort of my home. I never met the company owners, I never traveled to collect money from remittance agencies or banks, yet I do business comfortably. I don’t even travel to the nearest town. As a rural man in a remote town, I affirm that the service has made our lives easier,” remarked Khaire.

Nuurre Hashi Omar, a pastoralist in Buur Qaniinyo, 17 away from Beledweyne, Hiiraan region, explained the difference in life before and after EVC’s arrival.

“Before the arrival of the EVC service, it was an uphill task to travel to Beledweyne to buy goods from the markets there. We had to buy in groups as we could not afford to individually travel to buy goods and the items we wanted. Now, the situation is completely different. We are a phone call away to receive the goods we want, and we send the money via EVC,” said Nuurre.

The EVC system has had a positive impact on small-scale businesses in the country, mainly run by female vendors and entrepreneurs, sparing them much-needed time and money.

Sahra Mursal, a long-time gold trader based in Kismayo, is heavily dependent on gold transported from Mogadishu. Previously, she incurred a lot of charges in transacting money via Hawala, affecting her dwindling profit from her business. Hawalas used to charge her a dollar as a transaction fee for every 100 dollars.

“In addition to the convenience in transactions, the service is also free sparing us much-needed dollars,” she said.

During its ten years of existence, the EVC service had to undergo numerous technological updates to make it compatible with the growing technology in the globe.

Yasin Hassan, Head of Hormuud Public Relations, said the company has expanded the service by incorporating additional relevant services that make it affect the life of every Somali, hence the company’s commitment to further refine it.

“Managing millions of transactions through EVC in addition to the bank’s services, minute-by-minute transactions in a country with no solid governance foundation was an uphill task dared by the founders of this company. Thanks to their unwavering commitment, it is now benefiting every Somali today,” he added.

The EVC Plus is now more than sending or receiving money. Additional services incorporated into the system allow customers to save money and access Salaam Somali Bank and Taaj remittance services.

The Waafi Mobiley Money, an all-in-one application combining mobile money, communication, and productivity is an example.  Considering the impressive telecommunication services in the country, pundits opine that Somalia can serve as a role model to many African nations as far as international affordability and digital money are concerned.